Our Virtual Cinema Program and our Virtual Event Program were both developed through a grant from a CA CARES Grant provided by California Humanities in conjunction with the State of California and the California State Library. 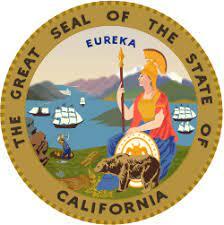 Enjoy the latest independent films on our Virtual Platform & Support the Palm Springs Cultural Center! We've selected films that are Palm Springs premieres, along with a mix of favorites from Desert Film Society, Cinema Diverse, Cinema Francais and PSIFF (as well as a sprinkle of retrospective films).

In Spanish with English Subtitles. At the dawn of the twentieth century, Pedro arrives in Tierra del Fuego, a violent and hostile territory, to immortalize the marriage of a powerful landowner. Fascinated with the bride-to-be’s beauty, he betrays the rules and is left to face a land crawling with violence and marked by the genocide of its indigenous inhabitants.

WHEEL OF FORTUNE AND FANTASY

Japanese with English Subtitles. An unexpected love triangle, a failed seduction, and a chance encounter with the past. Propelled by coincidence and imagination, and guided by love’s gentle current, acclaimed director Ryūsuke Hamaguchi (Happy Hour, Asako I & II, Drive My Car) returns with an enchanting triptych that spins mundane encounters into a world of infinite possibilities. In Episode 1: Magic (or Something Less Assuring), a young woman is startled when she realizes that her best friend’s new flame might just be her ex; in Episode 2: Door Wide Open, a disgruntled student plots to trick his college professor, using his friend-with-benefits as bait; and in Episode 3: Once Again, a girl’s college reunion leads to an unanticipated run-in with an old friend, and awakens feelings long since forgotten. Playfully inspired by life’s tiny miracles, and bound together by memory, regret, deception, and fate, Hamaguchi leaves no stone unturned in his quest to chart the ever-deepening mysteries of the all-too-human heart.

In French with English Subtitles. For thirty years, French-Algerian sisters Zorah, Nohra and Djamila have been living in the hope of finding their brother Rheda, abducted by their father, and hidden in newly decolonised Algeria. Their relationship is shaken when Zorah, the eldest sister, decides to write a play based on the traumatising events of their childhood that haunted them their whole life. But when they learn that their father is dying, the three sisters decide to go to Algeria to seize their last opportunity to have him reveal where their brother is. When the past catches up, the three sisters have no choice but to put their differences aside.

HAVE A TECHNICAL QUESTION? Every film released in our Virtual Cinema is available through the individual distributor's websites and streaming services. If you are having technical issues, please visit the respective film page and browse the links to the distributor FAQ and contact information.

NOTE: The distributors of these films give a portion of the revenue from V-Tickets back to us, so your film rentals directly help support the Cultural Center. Thank you for watching!